On Monday the 14th February (Valentine’s Day), the NSWNA, along with the ANF, asked the Prime Minister to show some love for older Australians by putting real funding towards delivering quality aged care.

Branches hosted morning and afternoon teas in a range of nursing homes across Australia, with Federal MPs and Senators, as well as community stalls in shopping malls. 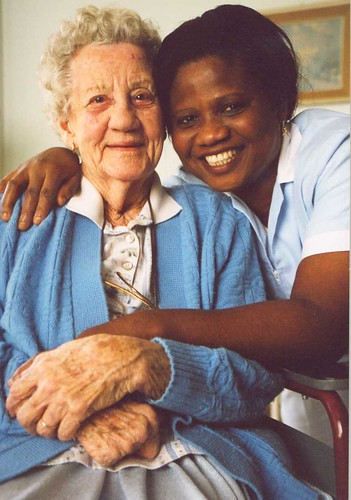 The ‘Because We Care’ petition is calling on the Productivity Commission to recognise the crisis in staffing levels, skill mix and wages in aged care and to make recommendations to fix these issues in its report to the Federal Government was signed by staff, residents, families and the general public on the day.

A draft report released by the Commission on 21 January ignored key workforce issues faced by the sector, so it is essential that aged care nurses take action to ensure their voices are heard and that the final report recognises that proper staffing levels, and skill mix and wages are crucial for providing a good standard of care for older Australians.

The NSWNA is calling for members to volunteer to stand outside the Productivity Commission’s premises on the day of the hearings in Sydney on 28 March.

See some of the events held so far.

Tamworth: On Sat 12th, Morning Tea was held at Bupa Tamworth with Tony Windsor MP (Ind), a group of about 18 residents, management and staff (Sat 12 Feb) and members of NSWNA Council. Tony very clearly stated his understanding of the need for meaningful staffing and skill mix content to be included in the final Productivity report, and pledged his support for this and for wage parity. Two members spoke as well, and a resident’s wife spoke up about the importance of nurses and of them having enough time to do their job. TV and local newspaper attended.

Total signatures from these 4 stalls: 1314

In addition, 0ver 1200 signatures have also been collected by staff, members and QACAG reps, with many more expected in soon – The NSWNA hopes to get 5000 by the end of February.

Street Stalls yet to come:

Have you been involved in the ‘Because We Care’ Valentine’s Day campaign? Share your involvement with us!

For people at risk of mental illness, having access to treatment early can help