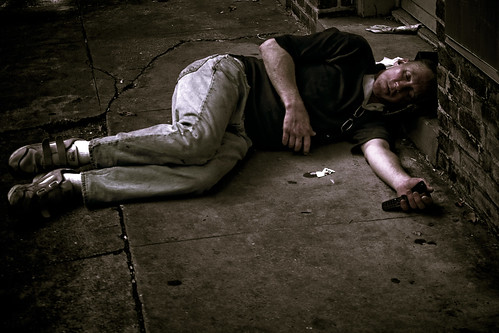 “Over 70 percent of all assaults on police officers are related to alcohol-fuelled violence.

“You see it every weekend – a fight outside a pub, the police have to break it, ambulance officers get attacked while treating the injured, then emergency ward doctors and nurses are left to deal with aggressive drunks until they’re fit to go home.

“The human cost of alcohol-fuelled violence is out of control. We cannot sit back and let alcohol abuse continue to play such a destructive role in our community.”

Emergency registrar Dr Clare Skinner said introduction of restrictions on late night trading for licensed venues in Newcastle, such as 3am closing times, showed how the damage caused by alcohol-fuelled violence could be reduced and how our 24/7 drinking culture can be changed.

“A recent study by NSW Health showed that there has been a 35 percent decrease in the number of night-time non-domestic assaults reported to police in Newcastle since these measures were brought in,” Dr Skinner said.

“There has also been a massive 50 percent decrease in the night-time street offences in Newcastle. These improvements have not been a flash in the pan – they have been sustained over three years and have made Newcastle a safer place for everyone.”

NSW Nurses’ Association Secretary Brett Holmes said the Newcastle experience should be a model for tackling alcohol-fuelled violence in other communities around NSW.

“We know what works, so the State Government really has no excuse for sitting on it hands and continuing to let boozed-up idiots run amok every weekend around NSW.”
The Last Drinks coalition comprises the Australian Medical Association NSW, the NSW Nurses’ Association, the Police Association of NSW and the Health Services Union.

FARE has set up new website to promote sensible discussion of alcohol-related issues. The DrinkTank blog is an excellent read check it out here.

What are some of the experiences you’ve had with drug and alcohol abuse in your line of work? How do you deal with aggressive drunks in ED?

Remember to sign the NSWNA Recency of Practice Petition!

How Crazy Are Your Socks? Take Part In #CrazySocks4Docs To Fight Mental Health Stigma